The London Nagarathar Sangam (popularly known as LNS) was established by Mr. Nachiappa Thiagarajan of Kallal in 2004 at London. Mr. Thiagarajan felt there was a strong need for a Sangam to be setup in London so that all the Nagarathars in United Kingdom can get together, share their thoughts, celebrate Nagarathar festivals and provide an opportunity for their children to know and enjoy the traditional Nagarathar culture. The Sangam met for the first time on the occasion of the Tamil New Year in April 2004 and celebrates its fifteenth anniversary in 2019. The members of the Sangam meet at least four times during a year on the occasion of Tamil New Year, Deepavali, Pillayar Nombu and Summer Picnic.

The Sangam’s key objectives are:

If you belong to the Nagarathar community, live in United Kingdom and would like to become a member of our Sangam, please email us at secretary@londonnagarathar.com.

In the North of England there is another Nagarathar Sangam, operating as a separate entity

“It is with deep sadness we wish to advise you of the passing away of Thiru Nachiappa Thiagarajan, during the early hours of Sunday morning 29th March 2020″ 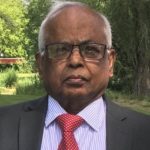 We’ll always remember
That special smile,
That caring heart,
That warm embrace,
You always gave us.
A great soul serves everyone all the time.  A great soul never dies.  It brings us together again and again…!!
A beloved husband
A caring father
A loving grandfather
A strong brother
A warm-hearted uncle
A kind, supportive friend
A great man admired by almost everyone
A man who lead the way standing by our side… will still lead the way for many of us…from above….
Loved and respected by all… a charming man he was full of smiles and joy. A standing pillar he was who gave strength to those around him. Lived his life to the fullest…helping many fulfil their dreams. An amazing soul… who will always live on in our hearts!
Om Namah Shivaya 🙏🏼